For the latest “Destination Spotlight” in our ongoing series, as we focus on lesser known places that we believe are worthy of your time and travel dollars — we turn our attention to St. Augustine, Florida.

As one of the most visited states in the United States, and home to the headquarters of Travelpro, Florida has certainly earned its reputation with glorious turquoise waters and soft sandy beaches that are considered some of the best in the world. It also features multiple famous theme parks, award winning golf courses and of course mild year-round climate. Simply put, the ‘tropics’ of the U.S. has much to offer. But if you haven’t yet explored St. Augustine, well, we say you’re in for a real treat and a considerably different type of Floridian travel experience.

A visit to St. Augustine provides unique scenery and activities mixed with history that helps noticeably differentiate it from other cities or areas around the U.S., and certainly Florida. 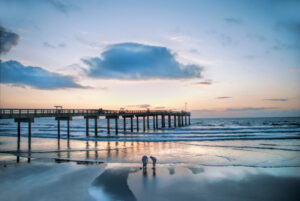 First, a little about its history … founded in 1565, by Don Pedro Menendez de Aviles of Spain, St. Augustine is often referred to as “The Nation’s Oldest City” and recognized as the longest continually inhabited European-founded city in our country.

One of the most visited historic sites is the Castillo de San Marcos. It’s the oldest masonry fort in the continental U.S. and as you might expect — a National Monument. The structure is the oldest in St. Augustine, and at over 315 years old it’s in quite remarkable condition. Built of Spanish stone, it was designed to defend the claims of Spain in the New World. Two former historic hotel buildings that are certainly worth a visit are — The Ponce de Leon and the Alcazar. The Ponce de Leon was a high end luxury hotel built by Standard Oil co-founder Henry Flagler, and designed in the Spanish Renaissance style. Today the original building and grounds of the hotel operate as Flagler College, and remain open to the public. The Alcazar Hotel building is now the Lightner Museum, which is a museum of mostly American Gilded Age pieces. We encourage a visit to all three of these attractions. 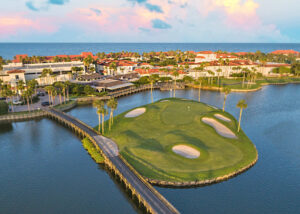 Another national treasure you’ll find in St. Augustine is the Oldest Wooden Schoolhouse Museum and Gardens, dating back to the early 1700’s. This is a great site for families and education history buffs, and it also remains in excellent condition. You will see how it’s been protected from hurricanes, since 1937, with a large chain that’s wrapped around the exterior portion of the house.

When you visit St. Augustine, you’ll feel a noticeable quaint or romantic vibe as you stroll along the brick-lined streets and enjoy the city’s European flavor, with many of its buildings dating back centuries. There are restaurants to suit every taste and preference, art galleries and many shops to peruse and indulge.

St. Augustine celebrates its 455th anniversary in 2020, making it an ideal time and place to continuously nurture your knowledge, feed curiosities and experience a different type of Florida. So mark it on your itinerary as a destination we say is worth visiting, especially as it celebrates its rich heritage in our nation.

Photo credit: All photos by FloridasHistoricCoast.com (Used with permission)