House Bill Would Crack Down on Hidden Resort Fees

Congress is looking into cracking down on hidden resort fees and it seems that both sides of the aisle can agree on something!

Texas Democrat Eddie Bernice Johnson and Nebraska Republican Jeff Fortenberry recently introduced the Hotel Advertising Transparency Act of 2019 (H.R. 4489), which would require hotels and other short-term lodging providers to display the full, pre-tax price to consumers as they search and compare options. If passed, consumers would be able to make travel decisions with more information, and less damage to their wallets.

A recent article in Travel Weekly quoted a statement from Johnson which read in part, “This bill would require that the prices advertised by hotels and online travel agencies must include all mandatory fees that will be charged to a consumer, excluding taxes.” 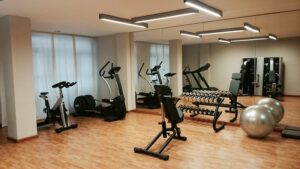 The statement included statistics including a sobering $3+ billion in revenue alone that will be collected from consumers due to these hidden fees in 2019.

If passed this would mean that voyagers should be able to enjoy their vacation, as Johnson put it, “without being ripped off and financially burdened.”

In other words, travelers could feel comfortable in knowing that what they saw online would be what they’d have to pay upon departure and not be shocked as fee after fee was attached to their bill.

A spokesperson from Johnson’s office said the bill has been assigned to the House Committee on Energy and Commerce and the committee will be responsible for organizing a hearing on the bill. That hearing is not expected to occur until sometime next year.

In July, the District of Columbia Attorney General filed a lawsuit against Marriott International over “drip pricing” in which Marriott allegedly hides a portion of a hotel room’s daily rate from consumers. The hidden portion, according to the Attorney General’s office, is typically labeled a resort, amenity or destination fee.

Marriott declined to comment on the pending litigation but has previously gone on record as saying “We look forward to continuing our discussions with other state AGs.”

The problem is not unique to Marriott, according to the article. In fact, the practice is rampant among Las Vegas hotels and resorts. Hilton was hit with a similar suit by Nebraska’s attorney general who alleges the hotel giant of engaging in deceptive pricing practices and “charging hidden resort fees to increase profits.”

In fact, the article states that the hotel industry as a whole has used this practice for a long time, generally revealing mandatory resort fees at the conclusion of the booking process, resulting in a substantially different price than advertised. Consumers then are discouraged from price comparison shopping.

According to Robert Cole, Phocuswright’s senior research analyst for lodging and leisure travel, one of the fundamental issues with drip pricing is that hotel groups that don’t use drip pricing are disadvantaged, because their properties look artificially more expensive than the other hotels that are participating in what he called “anti-consumer behavior” and “are artificially making their pricing look low.”

What do you think about this bill? Do you take hidden resort fees into account when you book a hotel? What’s the worst fee you’ve ever seen? Tell us about it on our Facebook page, or on our Twitter stream. You can also find us on our Instagram page at @TravelproIntl.