Five Things to Know About the Micro-Cation

A version of this article was previously published on our Atlantic Luggage blog.

A new vacation trend we’ve been hearing about is the micro-cation, and it’s ideal for people who want to travel, but not take the one- or two-week excursions we used to. A micro-cation is more or less a weekend-long trip, but it doesn’t have to be over the weekend. A micro-cation is typically a Friday evening, Saturday, half the day Sunday. Or you could do that schedule on a Tuesday-through-Thursday trip.

The point is, you’re taking a short trip instead of a long trip and you can get a break from your house and your city, even if it’s for 48 hours.

According to a 2019 study by Allianz Travel Insurance, (n)early three-fourths (72 percent) of Millennials took at least one micro-cation in the (previous) year, while 69 percent of Gen X’ers and 60 percent of Baby Boomers did the same.

That’s not a bad option these days. After all, it’s hard to get away for a couple of weeks when we’re trying to shelter in place and limit our exposure to others. But with a micro-cation, you could hole up in a new city, limit your excursions to socially-distant-and-masked-up events and sites, and still avoid exposure. Even just a change of scenery could do you some good and help you avoid cabin fever.

Here are five things you could do on a micro-cation. 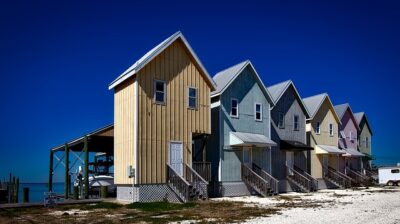 Micro-cations are a fun new trend that suits our pandemic reality, and they’ve become favorites for Millennial and Gen X vacationers: 25% of Millennials don’t want to spend more money on a longer vacation, and 40% of Gen Xers say it’s easier to take time off work for a short trip.

Have you taken a micro-cation? Would you rather take a lot of short trips or one long trip? Share your thoughts with us on our Facebook page, or on our Twitter stream. You can also find us on our Instagram page at @TravelproIntl.