Over the last decade, the travel industry has evolved from travel agents, cabs, and hotels to mobile apps, ride-sharing, and room share properties. It has made travel easier and more accessible to people. And because travel has increased in accessibility, it’s changing the future of travel and changing how we travel and work, especially as the nation reopens and tries to return to normal. We also expect to see an increase of the digital nomad lifestyle.

We recently saw an article where Airbnb’s CEO, Brian Chesky, made some bold predictions that may serve as a comforting light for those involved in the travel industry.

A Rise is Coming

Whole countries have made instituted travel bans for international flights. Spain, for instance, is a hot target for bans across the world right now: 109 countries have banned travelers from Spain to cross their borders.

With such statistics being considered, Chesky told BusinessInsider that he believes there will be a rise in domestic travel as international travel drops. From the traveler’s perspective, the shutdown will serve as an opportunity to satisfy a need to travel, even if it is with your own country’s borders. From an industry worker’s perspective, jobs will reopen due to the demand of these travelers which will boost the economy once again.

Digital Nomads will increase in number 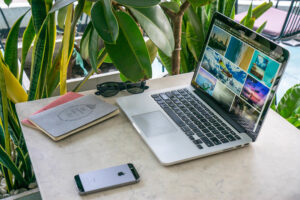 The travel industry has suffered much in the last few months. With hotels being forced to shut down, and pressure to pay expenses for housing, people are looking to jump from one room share to another as a way to save money along the way.

Chesky believes that the public will look to Airbnb properties more than before as a way to save money. Airbnb homes will be more trusted due to the rising standards of cleanliness, inviting travelers to seek refuge in those places.

Chesky’s prediction coincides with a growing trend that is sweeping across the United States. People are choosing to live in unconventional ways, even before the pandemic. For example, some Millennials are choosing to gut out vehicles like buses and large bans and fix them to be “mobile homes.” Others are choosing to live in temporary housing, renting rooms, or couch surfing to save money for traveling abroad, or as a way to find deeper meaning in their lives.

James Altucher is well known for selling almost all of his possessions and living in Airbnbs for a few years. He said that rather than buy objects, and mold his life around those objects, he’d much rather pay for experiences. And he has ended up saving a lot of money in the process.

A few years ago, Kyle Nossaman of Gearjunkie.com, blogged about the experience he and his wife shared about living and traveling in a bus (or “skoolie”) for over a year. He talked about the misconceptions of that kind of lifestyle, but he also has talked about the many pluses considering it as well. One is the freedom to travel when the bus was working properly. For one thing, they were able to save enough money working 40 hours a week for part of the year that they were able to save enough money for him to work part-time while they hit the road.

With such a lifestyle being shared by social media influencers and blog writers documenting their experiences from remote places, temporary housing and remote working will look different than what it has before.

Prior to April of this year, Airbnb hosts were posting their homes onto competing websites because the short-term stays were not sustainable income for the hosts. They were looking for longer short-term stays, like a few months at a time.

To fix this issue, Airbnb has started to offer long-term stays that are shorter than year-long leases to appease the hosts but also to help the nomads avoid hopping from place to place after a few days. With this option being made available, people have begun to avoid contracting with leasing properties and mortgaged homes.

This is something we expect to see a lot more of, as people adopt a digital nomad sensibility, traveling from short-term home to short-term home, focused less on objects and more on experiences and saving money.

Have you ever lived like a digital nomad? Have you spent several weeks or even a few months in another country or city? Tell us about it on our Facebook page, or on our Twitter stream. You can also find us on our Instagram page at @TravelproIntl.