Quick, check your driver’s license right now. Do you have a Real ID? Not “an actual identification card,” but the federally-mandated Real ID that is required to board a plane after October 1, 2020.

After that date, every adult has to show an updated driver’s license (or other acceptable form of ID, like a passport) to fly. What’s more, depending on which state you live in, your driver’s license or other state-issued ID could soon become obsolete for air travel.

And then, a Real ID-compliant driver’s license is the only way you will be allowed to travel by air domestically. 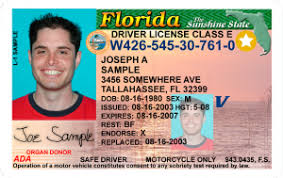 Sample of a Real ID. See the little gold star in the upper right corner? That’s what tells you if you have a Real ID.

A study in Travel Weekly found that more than half of Americans do not know about the 2020 deadline.

What’s more, nearly three-quarters of Americans do not have a Real ID-compliant driver’s license or are unsure if they do, and that a little more than one-third lack an alternative ID that would allow them to board a flight.

Basically, that means that some states still have not complied with the guidelines set forth by the federal government, even while the other states have been in compliance for a few years. But within those states, there are many people who have not updated their driver’s license to be compliant.

A recent campaign by the U.S. Travel Association was launched to answer these issues. The intent was to also alert consumers about the Real ID deadline. The campaign included a toolkit of resources designed to help educate Americans about what a Real ID actually is.

U.S. Travel has said that it will also connect with policymakers and government agencies to address the awareness deficit before the deadline.

Roger Dow, U.S. Travel CEO, said the survey provided the answer the company didn’t want to hear, that there is an alarming lack of awareness and preparedness from Real ID going into full effect.

Dow said he foresees a big problem next year and the lack of proper ID will inconvenience travelers and create confusion at airports.

“Significant damage to our nation’s economy” is his other concern.

In an attempt to educate flyers, the Transportation Security Administration (TSA) began advising travelers verbally last August if their identification is not Real ID-compliant, and that it would be unusable after Sept. 30, 2020.

How Did the Real ID Act Come to Pass?

The act was passed in 2005 by Congress in response to a recommendation of the 9/11 Commission that identification requirements be tightened. States were given some time to get IDs up to the specifications of the act.

These new requirements will make counterfeiting more difficult as they can include holograms and a barcode that can be easily scanned to pull up information such as the holder’s full name, birth date, license number and more.

Consumers are reminded that a Real ID is required only for entering airport security checkpoints and boarding aircraft, as well as entering secured federal facilities and nuclear plants.

In other words, when you’re asked to show ID for things like voting or registering to vote, or applying for federal benefits, a Real ID is not required. Additionally, if your travel destination is to a foreign country, you will still need a valid passport. (But a valid passport will also work if you’re flying domestically.)

Do you have your Real ID already? Is your state in compliance, or are you concerned they won’t get the new guidelines out in time? Tell us about your experiences on our Facebook page, or on our Twitter stream. You can also find us on our Instagram page at @TravelproIntl.