Airplanes won’t be the only things that are going up in Arizona as the Phoenix city council repealed the “street pricing” policy that capped how much airport restaurants could charge.

Travelers passing through the Phoenix Sky Harbor International Airport will likely see higher prices on food and beverages very soon, after city council members voted unanimously to repeal a decades-old provision that capped how much vendors can charge.

Currently, food and beverage vendors set their pricing at the price charged on the street plus 10 percent. However, since the policy change, HMS Host and SSP, the two companies that operate food services at the airport, have asked to be released from the agreement citing increased labor costs. An increase in the state’s minimum wage and recent union contract negotiations have been listed as culprits for the rising costs.

In fact, SSP took the matter a little further and requested the cap to street pricing plus 12 percent. In exchange, it offered to keep the price of kids’ menus the same, and offered a discount of 20 percent to airport employees.

A consultant’s report commissioned by Sky Harbor showed that vendors would still have a positive cash flow without a change in policy. 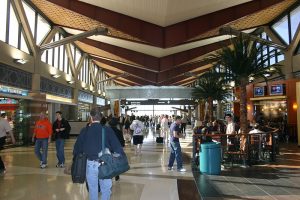 Mayor Thelda Williams said the original policy was implemented when there was only one food-and-beverage management company at the airport. Williams indicated that vendors should set their own prices due to adequate competition. The council unanimously agreed.

Street pricing took effect in the 1990s to prevent price gouging, and in 2015, pricing was loosened to street pricing plus ten percent to account for the increased cost of doing business at the airport which included security, higher wages, health benefits for union employees and background checks.

Several other airports employ street pricing plus 10 percent, including Atlanta, Charlotte, Chicago’s O’Hare, Dallas-Fort Worth, Denver, Detroit, Fort Lauderdale, Miami, Minneapolis, San Francisco, and Washington DC’s Dulles Airport. Las Vegas was the only airport contacted by the Sky Harbor consultant that did not have a street-pricing policy.

New prices could take effect February 15, so if you’re traveling through Phoenix next year, prepare to pay slightly higher prices. The vendors are required to give new pricing menus to the airport by January 15 and will be allowed to implement the increased prices between February 15 and July 15.

The ordinance applies to food and beverage vendors; a separate ordinance concerning retailers would have to be proposed to change prices.

What do you think about this new pricing schedule? Do you think other airports will follow suit? And do airport food prices make you think twice about buying food in airports? Share your thoughts with us on our Facebook page, or on our Twitter stream.