That’s nearly 2.2 vacation days for every person in the United States. According to Project Time Off, this is the highest number of vacation days they have ever seen. 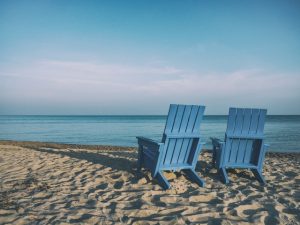 More than half of American workers (55%) left vacation time unused in 2015. This adds up to 658 million unused vacation days. It is the highest number Project: Time Off has ever reported, far exceeding the previous 429 million count.

We understand the importance of vacations and taking breaks and what it does for our bodies and minds. But did you realize that by taking time off, you could be boosting the economy?

If every American used their vacation days, a whopping $160 billion would be added to the national economy, and another $21 billion generated in taxes. Plus, 1.6 million jobs would be created.

Unfortunately, Americans are loathe to use their allotted time. The Project Time Off survey results showed that while almost half of us took less than three days of vacation during summer 2015, more than 37 percent of us took no time off at all.

If you don’t think you can afford to travel but are considering a staycation, consider shopping locally with independent operators during that time in order to keep a larger percentage of each dollar in your community. According to statistics, only 13 cents of every dollar spent at a national chain remains in local coffers, while 40 cents of every dollar spent at a locally owned store benefits that town’s economy.

It’s not too late to take your time off. It’s December, and we’re just a few weeks away from one of the peak travel times of the year. Take some time off, visit friends and family, or head to a different part of the world you’ve never seen.

Do you take all your vacation days, or do you just let them go? If you let them go, why do you do it? Let us hear from you in the comments below, on our Facebook page, or in our Twitter stream.